A sudoku x minesweeper hybrid where you use one to help solve the other.

Join the discord community and support me on patreon if you'd like. It'd make my day :)

Pretty good. Fits the 9th most popular / best-rated minesweeper on itch, saw a 50/50 still, but what was the update from about a month ago?

thanks! yeah getting rid of those pesky 50/50s are beyond my level of programming. think the update was just an update to the page or something boring like that

Nice concept but needs better ergonomics. On a touchpad where you have to click the corner for a right click its too easy to clear a mine you are trying to flag.

This is a cool concept, but there are some features from another minesweeper variant called mamano sweeper that might make this better.

The first those features being the ability to defuse a mine and see the number at the mine's location. I think that would increase visibility and prevent 50/50 situations from happening as often.

The second feature is that you could put multiple mines on the same tile, which would prevent mines from blocking off visibility of areas as often by bunching up the mines.

Hi! The game is very cool ✨ but the fact that most of the boards are unsolvable is pretty frustrating:c I can share the code of my minesweeper solver (https://github.com/FloraKardis/minesweeper/blob/main/Solver.gd) but it won't work without some changes to take the sudoku part into account. If you'd like, we cold team up to make that happen?

Hi Flora! Thanks :) Yeah the 50/50s are really annoying and I didn't know how to program them out. The game is actually open source if you'd like to check out the source code:
https://github.com/vividfax/sudo-sweep
We've already had one person submit a pull request to improve the game and I'd love to have your input. If you'd like to chat more you can join our discord and dm me (Rianna). Thanks!
https://discord.gg/hrbNrn3jWc

The issue's gotta be something about edges and corners. Where's the code for the Minesweeper constructor?

Because this 1 at the upper right totally needs to be guessed? The upper-right-most "1" was covered when the game started. 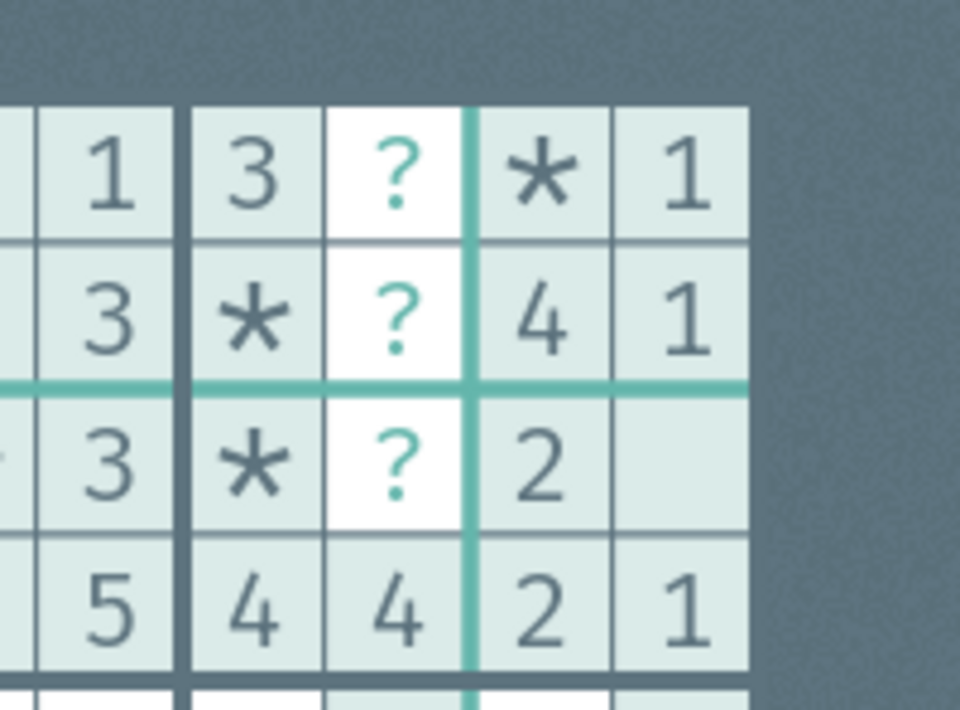 It might be solved by just not letting Sudoku 1s be in corners?

Nice concept but it took me a while to figure out just what i was doing after reading the description. Other than that 10/10

I really enjoy this, definitely one of the nicer adaptations of combined games. It would be nice to note number options in the sudoku grid.

Any chance of adapting this either into a mobile app or altering the ui to be more mobile friendly? There's been a few times now where I've been out and about and wished I had an app to play this on the go.

Reply
Games For Crows1 year ago(+1)

Thanks! We've been thinking about turning this into an app, good to know there's interest!

When doing the 9x9, I found that in the minesweeper, a few of the squares are COMPLETELY blocked by the "change size" and "new game" buttons, please fix (maybe with a "hide GUI" button at the top right).

Edit: I've also found that clicking "new game" also automatically clicks the square behind where you clicked, please fix that as well.

Hi there. Sorry about that. One quick fix is to zoom out, that way the buttons won't block the grid. Hope that helps

I love this game! its very addictive. I feel flags for the minesweeper and pencil marks for the sudoku would be a cool feature that one could enable to this not being so time consuming

Lots of fun, not to hard and not to easy. My record is 63.356 seconds, getting close to sub 1 min. Good Job on making it, came out really well.

this is a huge achievement simply because of the amount of 50/50s in the minesweeper section.

Yusssss!!! Yeah I think it's the ratio of mines to fields that makes those pesky 50/50s so prevalent. Just beating the game is a huge accomplishment and something I've done only a handful of times haha

is there any way to set a flag? i'm already bad at minesweeper so that'd be incredibly helpful!

Reply
Games For Crows1 year ago(+1)

At the moment we only have question marks for flagging, which can be placed and removed with a right click. Don't worry, am also bad compared to some of the times I've seen on reddit haha!

You can right-click to question mark. I haven't found any flags though. Hope that helps.

Very fun! Though this suffers from the same problems as classic minesweeper. Also runs a little hot on my mac.

Thank you! True that. Might be possible to program out the 50/50s but I'm not sure how at the moment. Yeah sorry about that, p5.js makes my fans go a bit crazy too!

This works so much better than I expected from "sudoku x minesweeper hybrid"!  Really, the main problem I ran into is a pretty common minesweeper problem, which is that I hit a point where I had to guess.

Thanks!!! Yeah I'd love to get rid of those 50/50s but I have no idea how I'd program that at the moment

Yeah, I have no idea either. :-)  It's pretty cool regardless! 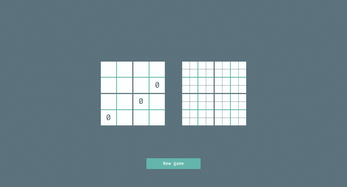 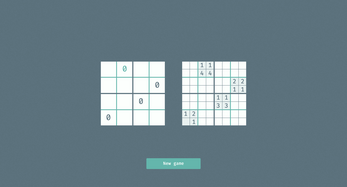 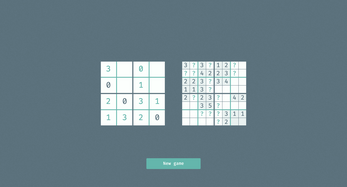 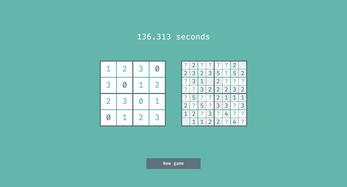